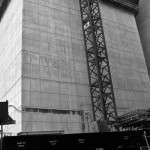 The US Mission and Auden

While visiting New York City last fall, I noticed a foreboding edifice being constructed across the street from the United Nations. 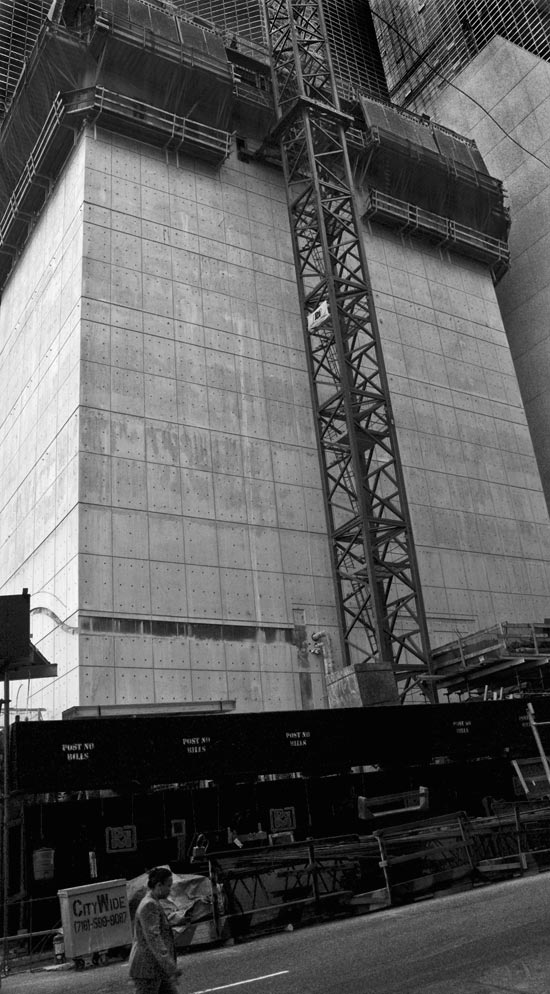 This high-rise bunker, which lacks any discernible windows in its hulking mass, will house the U.S. Mission to the UN. Its design reflects a disturbing duality: the inability of occupants to gaze out and view the world beyond, and the barrier to looking in and discovering what secrets lurk behind the walls of this government. It strikes me as a fitting monument to an American administration that would make Albert Speer smile. And like Speer’s monuments of an earlier time, it symbolizes America’s disastrous domestic and international policies by people determined to exercise enormous power. Despite their pretended infallibilities, our leaders are people who have the same frailties, limitations, and vulnerabilities as all humans. Yet their unswerving beliefs and decisions result in frightening costs in human lives and economies because of their refusal to reflect upon and acknowledge their own imperfections. The resulting manifestation of this particular dynamic is an architectural style that represents withdrawal into a protective cocoon, at the very time transparency and openness are called for.

W. H. Auden wrote a poem in 1940 titled “Epitaph on a Tyrant” in which he speaks of the ordinary humanness and frailty of the extremely powerful: 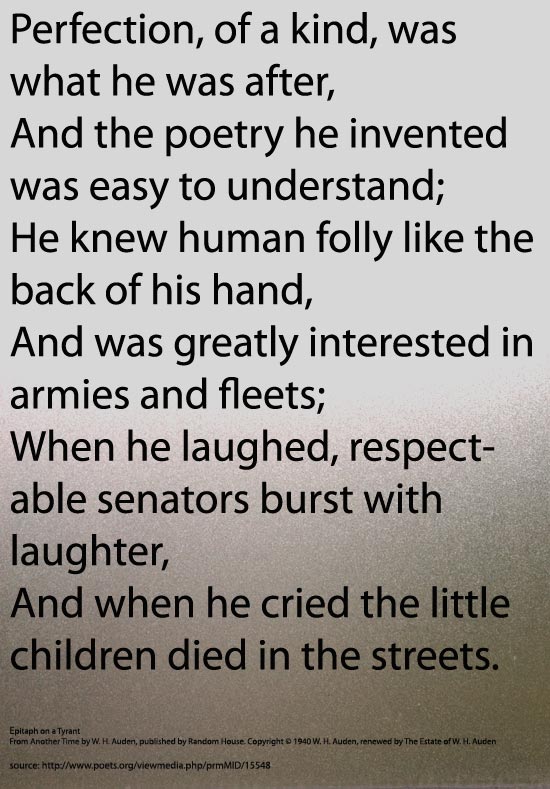 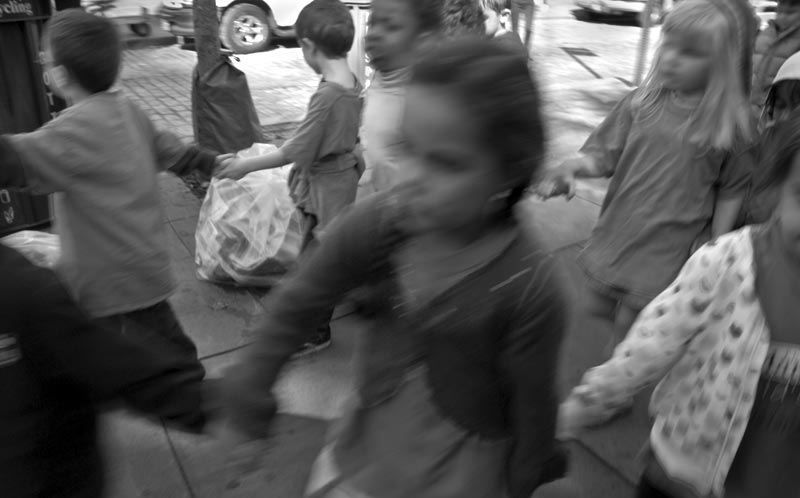 3 responses to The US Mission and Auden