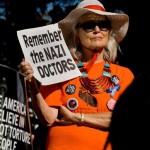 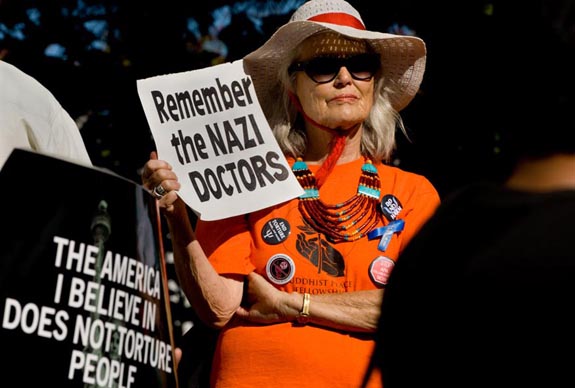 Newsweek magazine has taken a keen interest in Dr. Steven Reisner’s 2008 candidacy for President of the American Psychological Association (APA).  A leading critic of the APA policy on psychologist involvement in interrogation and torture in national security detention centers, Dr. Reisner has been garnering considerable attention within the APA and in the media.  The recent passage of a referendum banning psychologist involvement in detention centers was passed by a vote of the membership of the APA.  This referendum was a direct result of the efforts of a group of psychologists (particularly the authors of the referendum: Drs. Dan Aalbers, Ruth Fallenbaum, & Brad Olsen) working in coordination with Dr. Reisner and other concerned psychologists to steer APA policy in a different course.  Following passage of the referendum, the current president of the APA, Dr. Alan Kazdin took immediate steps to notify President Bush of the change in APA Policy.

Newsweek magazine covered Dr. Reisner’s story in print and in video.  An article written by  Dan Ephron titled “ The Biscuit Breaker” was published on Oct 18, 2008 on the Newsweek website, and in the magazine issue dated Oct 27, 2008.  An excellent 3-1/2 minute video which was produced, filmed and edited by filmmaker Lee Wang, is posted on the Newsweek website and can be viewed on the same page as the article, or via the youtube viewer below. (In full disclosure, I have 2 photographs taken during the protest at the APA Convention in San Fransisco in 2007, included in this video)