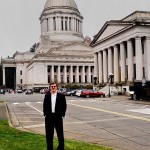 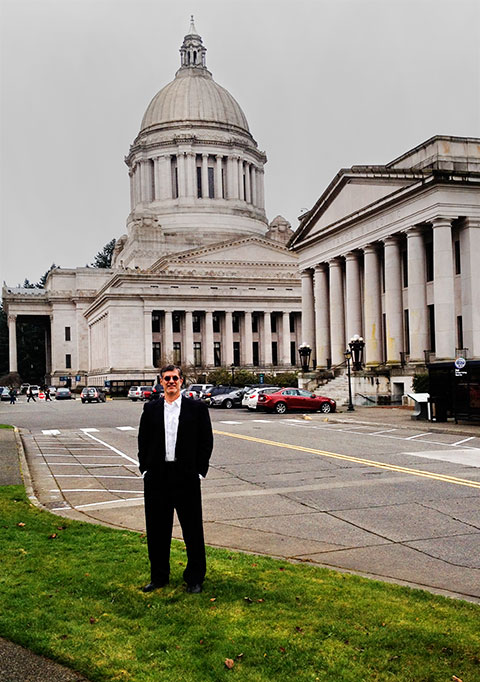 I was invited by Washington State Senator Karen Keiser to give testimony on 1/27/14 before the Washington State Senate Healthcare Committee supporting the bill she is prime sponsor:  SB-6232 (see below).   This bill was drafted following my conference with Senator Keiser and State Representative Tina Orwall concerning issues outlined in my last post titled: “ The Healthcare Provider Network Shuffle“.  This bill would enable clients/patients more timely access to healthcare services by requiring insurance companies and networks to maintain accurate and updated lists of providers.  The bill also requires that healthcare providers be kept abreast of changes in a network.  Specifically, SB-6232 closes a gap in Washington state law by requiring all healthcare networks to give at least 60 days notice to providers regarding network changes including purchase, sale and/or merger of networks.  SB-6232 requires a network to provide the opportunity to either opt-in or opt-out of the changing network.  Publication and advertising of the new network is prohibited until the end of the 60 day opt-in/opt-out.

Given that our healthcare delivery system is undergoing significant changes (such as expansion of care to previously uninsured people, and changes in provider network composition and management) Washington State SB-6232 seeks to reduce confusion that clients/patients encounter in finding an in-network provider in a timely fashion.  It would also significantly reduce confusion, and administrative time and costs providers (such as myself) encounter trying to sort out which networks we knowingly and willingly participate with and (more importantly) networks we unknowingly and unwillingly are contracted with.

As mentioned in my testimony, the state of affairs was best captured by a Senior Provider Relations Specialist of the Irving Texas based HealthSmart Network: “The situation is ‘CONVOLUTED and THERE IS NO REALLY STRAIGHT ANSWER’”

Prior to my testimony, I was informed that there would be resistance from the insurance industry to SB-6232.  Unfortunately but not too surprising, SB-6232 has not gotten out of committee.  The Legislature adjourns on 3/14/14, and it seems very unlikely that it will get further consideration this legislative session.  Hopefully the bill will be resurrected in the next legislative session.  In the meantime, the text and basis for my testimony leading to SB-6232 is being reviewed in the DC office of Congressman Jim McDermott (Seattle).  Additionally, I sent copies of my testimony and its background to the Practice Directorate of the American Psychological Association, and the California Psychological Association for review.  I plan to have a conference with the Senior Special Counsel for Legal and Regulatory Affairs of the APA Practice Directorate later in March.

Here is a video link of my testimony, responses to questions from the committee chair, and comments from representatives from the health insurance industry.

Text of My Prepared Testimony

My name is Bob Parker.  I have been a licensed Psychologist — in private practice  — in Washington State for over 22 years.

My office is located in Normandy Park, a few miles south of Sea-Tac airport.

This is my first time speaking to a legislative committee.

I want to read this because it is the best way for me to convey this important information in a clear and organized manner.

Thank you for this opportunity to discuss two separate situations that tell you why I strongly support:

The first situation covers a period of at least 2 months in 2013.  The second instance is a one-time phone call from a prospective client.

I want to provide background and describe my personal-professional experiences to highlight why this bill is very important.

I will try to be as clear as I can be.

If my descriptions of the first situation I am about to discuss sound confusing at any point —  it is only because it was confusing.

It remained so for an unnecessarily long period of time.

In late 2012, I signed an individual service contract with Optum Health at a mutually agreed upon fee.

This was for the benefit of an ongoing therapy client of mine.

I decided to sign this individual agreement because my client’s insurance changed to United Healthcare – Optum.

I was not a provider on the general Optum panel at the time.

I resigned from Optum’s national network 2-3 years ago for a number of specific reasons.

I expected my client’s out of pocket expenses would be lower and Optum would reimburse the agreed upon fee — (which was lower than my standard fee).

For your information, Optum is the mental health subsidiary of United Healthcare.

United Healthcare is the largest health insurance company in the United States.

When I started to receive reimbursements under this individual Optum contract, the payment was about 20 percent lower than the agreed rate.

The payment voucher indicated that the fee was reduced because I was contracted with an un-named third party network.

To make a long story short, following a number of phone calls including long waits on hold up to a half hour, e-mails, and responses from at least 5 different people, I found out that the networks I was allegedly a member of were called TC3, Interplan, and Healthsmart.

I had no idea who these companies were.

After a few weeks, Healthsmart sent me a copy of a contract I signed with a network called Integrated Network Systems.

This raised a number of questions for me:

2.     What relationship did they have with one another?

4.     What was the relationship between Healthsmart and Optum-UnitedHealthcare?

5.     Assuming that a merger took place between the old company and the new networks, why was I never informed and given a chance to review contract conditions, fee schedules etc… to see if I wanted to participate in this new provider network?

These particular questions and others were sent to a Ms. Monroy on February 21, 2013

A week later, I sent the same questions again to Ms. Monroy.

She never responded to me.

Now a fifth company is involved.

Mr. Siner asked if I had received a response to my questions from Sherry Steel at Healthsmart.

I told him I did not receive a response.  I also asked him to explain the relationships between his company Stratose, and TC3, Optum, and Healthsmart  —  since I was still confused as to who I was dealing with and why?

Later that day, Sherry Steel e-mailed me and apologized for being late in responding.

She pointed out that Article 5, Section 5.5 of the original 1994 contract with Integrated Health has a clause that binds assignment of contracts to successors.

She indicated her belief that the clause was legally binding and “we believe it would hold up in court”.

However, Healthsmart agreed to terminate my contract retroactively to the date I signed the individual contract with Optum.

This was done because of my repeated insistence to terminate the 1994 contract.

By the way — despite all of my time, effort and energy, Optum NEVER ONCE informed me they voided the contract I set up on my client’s behalf .

They simply voided it without notice to me based on what I was told by one of the many Third Party Administrator people I had contact with.

In a phone call on March 7, 2013, Sherry Steel acknowledged that the original contract signed in 1994 was “a long time ago”.

She follow-up with another e-mail on March 8, 2013 answering some of my initial questions.

This e-mail was honest, revealing, and validated my concerns.

She indicated that Healthsmart is the second largest “Third Party Administrator” in the United States.   It has grown over the years through the purchase and merger of many other networks,  such as the one I contracted with in 1994.

I will quote from Sherry Steel’s e-mail.  She captures the essence of this situation extremely well.

“So as you see it is very convoluted”  …..  “there is no really straight answer, but it is the managed care world we live in”.

The second situation I want to discuss reinforces the importance of having transparency in provider networks and up-to-date network maintenance.

This is for the sake of timely access to insurance network care.

Several months ago, I received a call from a depressed individual who needed to see a psychologist reasonably close to where he lived or worked.

He was covered by one of the major national health insurance carriers.

I am not a provider with his insurance company by choice.

He said he literally called “35” mental health professionals listed on the insurer’s provider website, only to find out that half of the phone numbers were inoperable.

He was frustrated, angry, and fairly desperate while telling me this.

He sought help for 6 months but found only one therapist, and this therapist’s office was too far for this man to drive to regularly.

He grew discouraged and gave up seeking help for several months before he started trying again.

This is when he called me.   I practice close to his work.

Since I am not a provider on his insurance, his treatment would not be covered.

As a Psychologist, I felt very badly for him and his feelings of helplessness.

In wrapping up, my reason for supporting  SENATE BILL 6232  is actually best stated by Sherry Steel —  the Senior Provider Relations Specialist at Healthsmart:

The situation is “CONVOLUTED and THERE IS NO REALLY STRAIGHT ANSWER”

SENATE BILL 6232  — “PROVIDER NOTICE REQUIREMENT” will help to correct the convolution I spent many hours and weeks trying to straighten out.

As a result, individuals like the person I described in the second instance won’t experience frustration and despair at being unable to begin the treatment they need in a timely fashion.