Reflections from the dark side 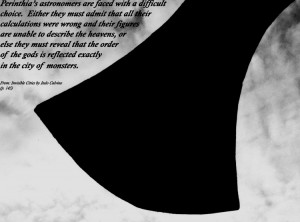 Thanks to the ACLU and the Freedom of Information Act, recent confirmations have come to light that top Bush administration aides, actively overseen by the Vice-President and fully sanctioned by the President, drafted the legal opinions needed by President Bush to legally use methods of torture in its war of terror. Until early April, plausible deniability stood firm as evidence was lacking confirming torture as an official policy and prerogative of executive power. The “rotten apple” position fostered by this administration has now been exposed as fraud. The 81 page memo giving the legal justification for the use of torture is dated March 14, 2003 and titled “Memorandum for William J. Haynes II, General Counsel for the Department of Defense”. It was authored by John Yoo (now at UC Berkeley law school) and Jay Bybee (now a federal judge) during their tenures in the Justice Department’s Office of Legal Council. The ACLU, ABC News, Associated Press, and Vanity Fair magazine links below provide considerable detail about the establishment of torture as official US government policy in the current wars in Afghanistan, Iraq, and “terror”.
The “bad barrel” thesis proposed by Stanford University social psychologist Philip Zimbardo PhD in his book “ The Lucifer Effect” has now received conclusive evidence.

The Green Light (Philippe Sands exposes the process of changing the rules on interrogations resulting in the “legalization” of torture by the highest eschelons of the White House).

Memorandum for William J. Haynes II, General Counsel for the Department of Defense — Re: Military Interrogation of Alien Unlawful Combatants Held Outside the United States (This is the full text of the 81 page memo authored by Office of the Legal Counsel John Yoo & Jay Bybee “legalizing” torture released by the government under the ACLU’s FOIA filing)

One response to Reflections from the dark side