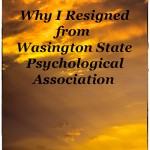 Why I Resigned from Washington State Psychological Association (WSPA) 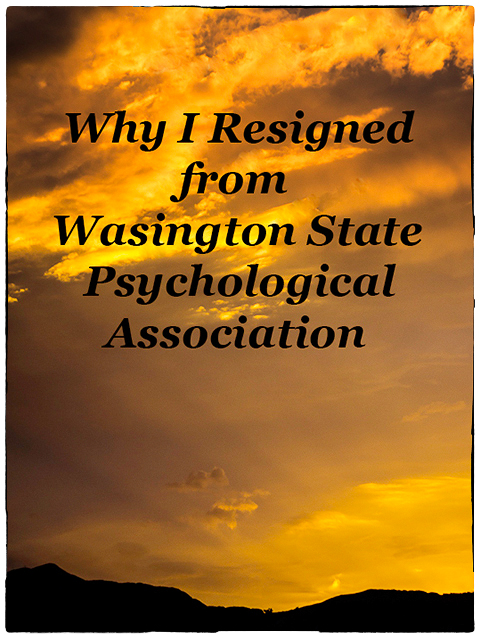 This post is my resignation letter sent to Doug Wear PhD, the Executive Director of a professional organization I have been a proud member for over 20 years — Washington State Psychological Association (WSPA).

I moved to resign because of two issues. WSPA maintains sponsorship of a company (United HealthCare) that epitomizes the maxim — Caveat Emptor (“Buyer Beware”). It has been my feeling that this sponsorship gives support to corporate practices that have resulted in significant penalties following federal and state investigations for fraudulent practices, as well as advancing the pursuit of greed and profit ahead of benefit for subscribers, providers, and the general healthcare system.

Second, it is my belief that American Psychology’s credibility as a leader promoting human dignity and human rights is severely compromised by APA policies giving ethical cover for government policies that violate domestic and international legal protections of “national security” detainees, and for Psychologists who work in those same settings that violate the UN’s Universal Declaration of Human Rights Human Rights, and the Convention against Torture and Other Cruel, Inhuman or Degrading Treatment or Punishment. I became discouraged that WSPA did not vigorously challenge this policy by calling for the annulment of the key document of the American Psychological Association (APA) that codified this ill-conceived and self-serving precedent.

In a forthcoming post I will be providing additional background, links and references for readers who are unfamiliar with the issues I address in my letter.